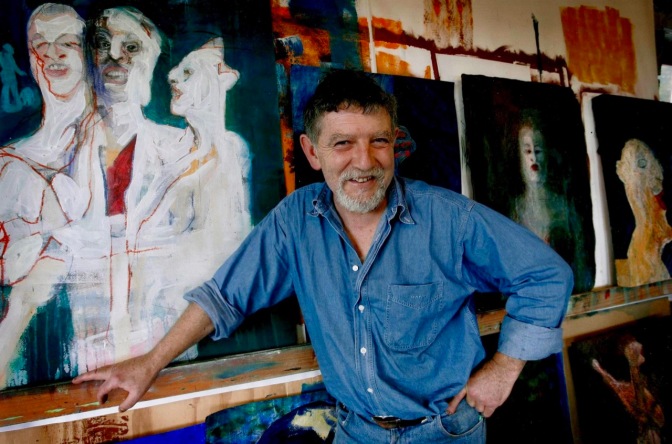 Born in Dublin and studied at the National College of Art and Design. Connor worked initially for Peter Brennan, throwing domestic ware, and in the Dublin studio of ceramicist Fergus O’Farrell. He moved to West Cork in 1971 to set up a ceramic workshop producing both domestic and then sculptural ceramics. He has lectured at NCAD, Crawford College of Art and Design and Limerick Institute of Technology. His work can be seen in several public collections including the Arts Council of Ireland, the Crawford Art Gallery, and the National Museum of Ireland at Collins Barracks. Connor has represented Ireland at the Paris Biennale 1980 and in Japan. From 1988-1992 he lived and worked in New York on a series of figures at the Mugi Studio. Returning to Ireland in 1993 he continues to work from his studio in Schull. Connor won the Irish Ceramics Award in 2017.

Patrick Connor contributed to the Irland ’85 exhibition of West Cork artists in Zurich.

Above: Examples of ceramic work by Pat Connor