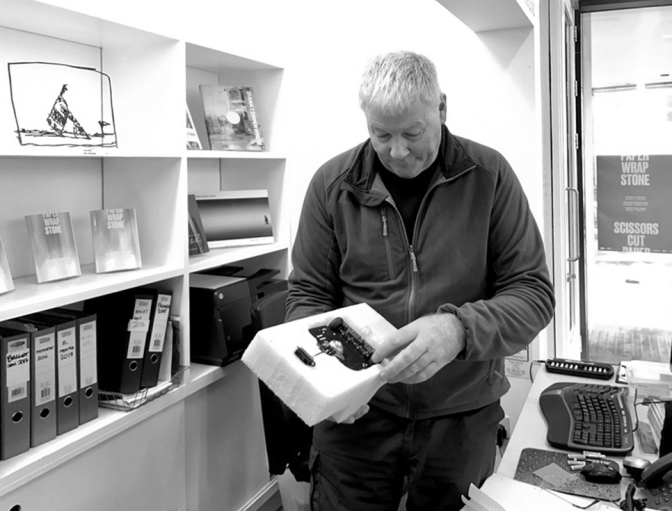 Kevin O’Farrell studied photography at Gwent College and has spent most of his working life in West Cork. Trained to work with film, he has a very particular visual style which he has carried through to the digital process. He describes himself as a documentary photographer, aiming to record specific events in a series of images.

Kevin O’Farrell participated in the Irland ’85 exhibition in Zurich, and was the first photographer to be awarded an Arts Council Visual Arts Bursary; this resulted in the Bathing Places project which in 1988 travelled to every major Arts Centre and Gallery in Ireland, and was also shown in the UK in Manchester and Newcastle.

Many other documentary exhibitions have been shown across Ireland and abroad. He has been recording Hegarty’s Boatyard on the River Ilen just outside Skibbereen: this is the last surviving wooden boat building yard in Ireland, and is the subject of a book and touring exhibition which opened in Uillinn in 2020. 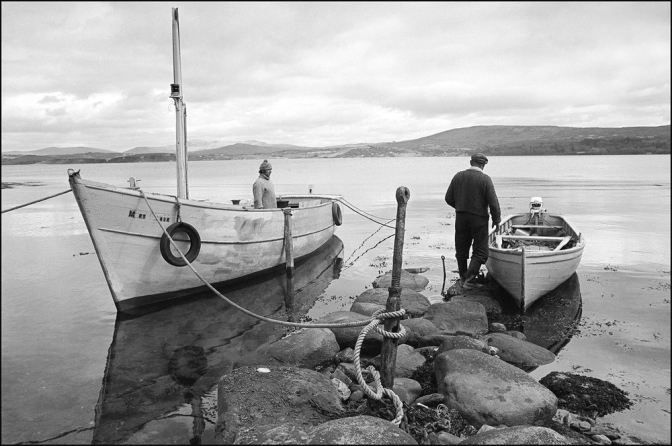