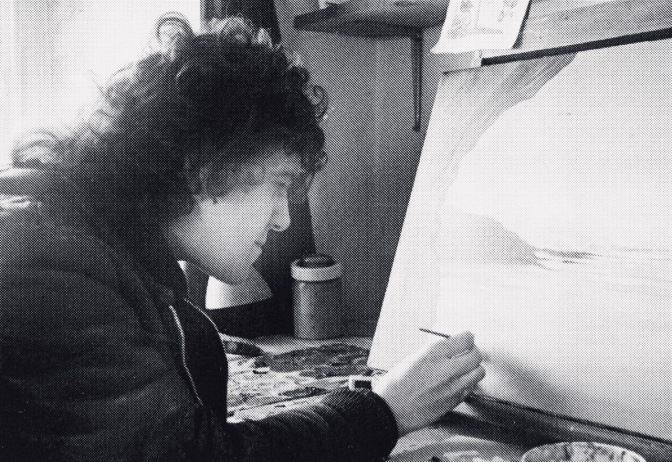 A self-taught artist, David Chechovich was born in the UK in 1953 and joined the Ballydehob community in 1975, contributing to a group show in Cork for the first time in 1979. He worked mainly in oils. He was part of the Irland ’85 exhibition in Zurich. Chechovich claimed his inspirations included the land and seascapes of the west of Ireland, music, mythology and megalithic sites. He died in 1987.